You thought we were dead. But the nerds in black were never gone. 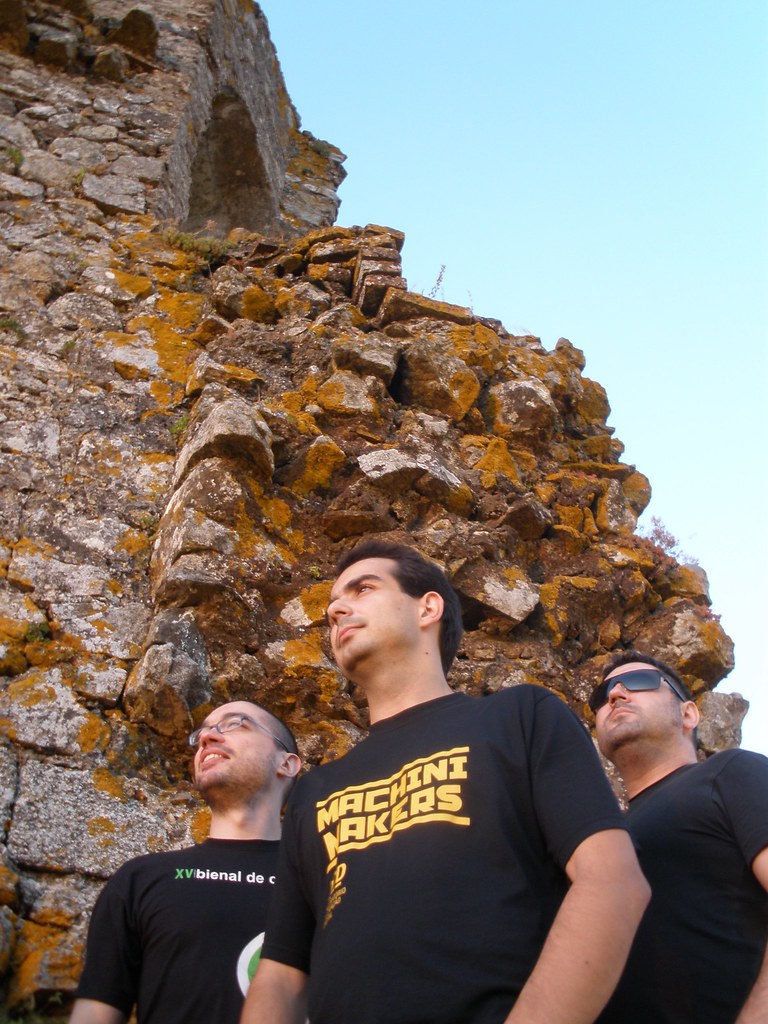 AZ Residency at Espaço Tempo has resumed its course on the 14th July 2010, and we’ve been kicking it real with some hardcore project dev for a whole week now! Our main aim is to get all of these projects kicking and screaming on the 12th July for the big opening of the exhibition.

Catarina and Joel spent most of their week fiddling with some heavy duty MakerBot printing trial and error. In between random python re-learning fast courses, they managed to pull off some awesome hacks, such as a makerbot microscope to observe bacteria, a nutella jesus on a toast, and some robot printed & baked cookies. 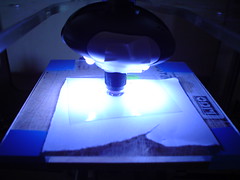 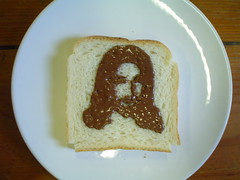 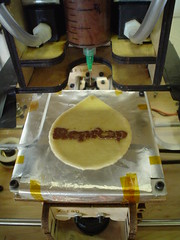 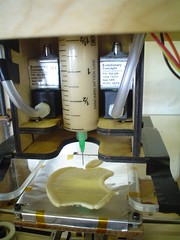 Random project quotes include:
“we have scientifically proven that strawberry yogurt is not printable”
“if you believe, it will work”
“how big should we make jesus?”
“only two jesus toasts and already out of nutella?!”
“there is a guy coming by on monday to get a jesus on a toast”

Meanwhile Francesco and Mariana been hard at work on their ant tracking project. Marco drawing some more Suicide Girls for his secret projection art installation project. Ricardo working on his thesis. Pedro and Mónica working some more on the RTiVISS (Real-Time Video Interactive Systems for Sustainability) project. Vitor upgrading his version of Attic Tesla / Last Words of Domenico performance. Margarida working on her arduino based reactive robot.

Myself and Tiago arrived yesterday night and been hard at work in our own projects as well. Me preparing a release version of Gen Haiku, helping out with the webdev side of things on the iCookie fast-hack project and conjuring some evil plans for world domination preparing a liveact for the opening day of the exhibition. And Tiago working on his bus GPS tracking system app.