Posted by Nuno Miguel Correia via T(h)inker it! 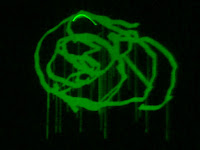 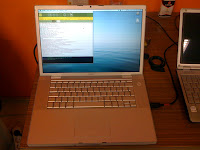 So it was, yesterday AltLab meetup was full of win.
It started with someone showing off his project, Laser Tag… no, no laserish paintballish kind of laser tag, it was more graffiti tagging, but using a laser pointer, a video projector, a camera and a kind off nifty software 🙂
Everyone played with it, and headed back inside, it was a kind of chilly in the back alley.Next, João Neves and me went on a date with Violeta… It was a kind of threesome, but Violeta is AltLab Cupcake 3D printer!I tried printing a part from a Wallace, bat as usual, Violeta didn’t finished the print, and I was using my computer, so the plot thickens! 🙁 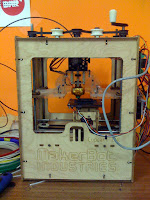 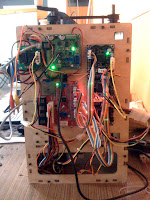 The problem is in the printer, now we’re certain of this! We scavenged AltLab junk… err… the nice and very organized warehouse for ATX PSU, and tried a few, but that didn’t, so we plugged the original one back, and it worked! Violeta is printing again, at least two parts for Franky (a mini-mendel) without a hitch, the future will tell us. 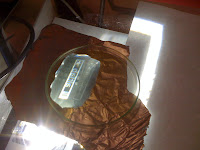 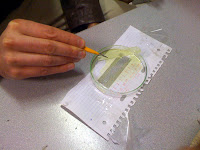 And the pièce de résistance was the first test of a stereo lithography printer… “what?!!?” it’s a 3D printer using photo sensible resin as a medium, very impressive piece of technology. They made some exposure tests to understand how long they need to expose the resin for a perfect cure, it’s around 15 seconds and they-re ready for the next layer 🙂 A full of win day!